Speeding up the brain

There is little doubt that faster and more efficient processing in the brain will help a person to perform better and achieve more. But is it possible to change how the brain processes information? 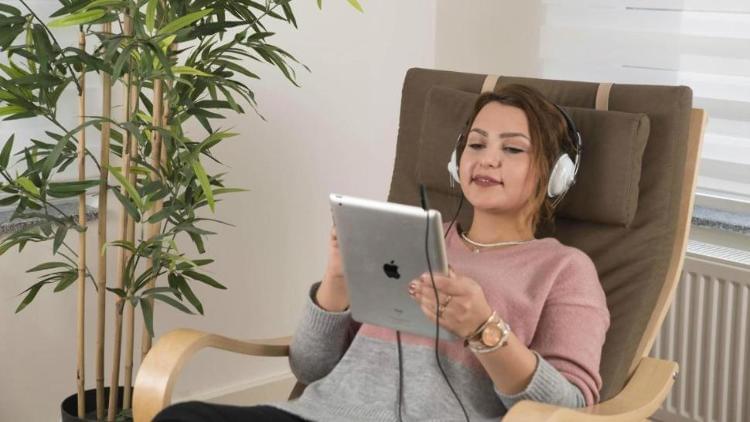 It is not something that we think about every day and may seem more science fiction than reality. But throughout life we are interacting with our brain to do exactly that. The first time we had a typewriter or computer keyboard in front of us, we were dazzled by all those buttons, with the letters scrambled up in a totally illogical follow-order. But then, for most of us at least, we slowly started to learn which letter is where and how to control the typewriter or computer. We learn to use the keyboard faster and more automatically. This is directed by our brain which now can remember better and operate our fingers faster. We have made a long lasting change in the function of our brain.

We know that when we repeat a particular exercise again and again, that the brain will become increasingly better at processing that particular set of instructions. We may exercise a golf swing, new words in a foreign language or mathematical equations. Repeated exercise will improve our performance and achievement. Not only do we get better by doing these repeated exercises, but the new skills will also stay with us for some time. They get imprinted in our brain. Once we’ve learned to ride a bicycle, for instance, the skill will stay with us for a lifetime. We may get a bit rusty after a long time of not cycling, but it will come back to us very rapidly once we get on a bike again. The memory of the various bike riding skills are still stored in our brain.

A very effective way to train the brain to speed up processing and make faster connections between the two brain-halves is by using sound through headphones. As described earlier, sounds that come in through our right ear are mainly processed in the left side of the brain, while sounds from the left ear go to our right side. Through the use of headphones that totally cover the ear, so called full-sized headphones, and by using specifically recorded and processed music, we can now control which side of the brain is activated.

When we direct a sound only to the right ear, we will hear the sound coming from the right and process it with the left side of the brain. Then if we move this sound to the other side by increasing the volume in the left ear and reducing the volume in the right ear, we will move the processing from the left to the right side of the brain. At some point, when the sound is equally loud in both ears, the sound seems to be coming from the front and at this point the processing will be transferred from one brain half to the other. Interestingly, we perceive this transfer of processing as a totally smooth transition. If there was no coordination between the two sides of the brain, we would be very surprised to suddenly hear a sound appearing on the left side, processed by our right brain half. Fortunately the brain sends a signal to the other side, though the Corpus Callosum, to prepare it for the impending processing task. To us the sound moves effortlessly from the right to the left, without hick-up or surprise when it goes through the middle.By moving sound from one side to the other we can instruct the brain to send signals in the opposite direction between the two brain halves, through that main connecting cable, the Corpus Callosum. Now, the brain is clever, and it will rapidly detect patterns in any incoming signal. Most music consists of a constantly repeating theme, rhythm or beat, with only a small variation woven into the tune. The brain rapidly detects the repeating pattern and will start to anticipate what comes next. This is great when we’re listening to music for entertainment, but it will reduce the brain’s attention to the sounds and put the brain into auto-pilot mode. To achieve an effective intervention and to ensure the brain stays fully attentive and active, it is better to minimise the predictability of the music, while still retaining the concept of music. By building unexpected events into the music the brain will be fully activated. It will know it is listening to music, it will expect a very regular pattern, but it will constantly be surprised by the random variations. The brain will therefore need to stay on it’s toes in order to cope with this unusual input. This constitutes an auditory work-out for the brain, something we rarely provide to our brain. It will strengthen and speed up the processing.

Exercising the auditory processing centres in the brain in this way will make for faster connections, which in turn can help with attention, concentration and understanding. With many clients we have also noticed improvements in organisational and time management skills, while impulsiveness is often reduced. Faster processing and better connections between the two sides of the brain will help, but there is more that we can do, using the same technique with sound through headphones, so read on.In the next post: Synchronising the two sides of the brain.